Yesterday Elizabeth was interviewed by Elizabeth. We were so excited that a reporter, Elizabeth Wadas, of WQAD Channel 8 wanted to do a story about the E and Me Podcast. I have been on local TV news lots of times. Being in a midsize market means that when we have community events the local news, hungry for positive human interest stories, is going to show up. Most of the time though, I get interviewed for about three minutes and they use about 20 seconds of what I said.

This time was different. This crew of two came at 2:30, and stayed with us over an hour. They set up in our “studio” at church, and asked us to do a recording. Ellie and I recorded the first ten minutes of a new episode on Grief (that I think is going to be really good). Then the reporter, Elizabeth, interviewed each of us individually. These interviews were pretty in-depth.

As usual, I was blown away by Ellie’s poise, substance, and savvy. So was Ms. Wadas. Part way through the interview she stopped and had to double-check her information, “How old are you again?” When Ellie said, “12,” she replied, “wow.”

“Wow.” That’s pretty much my reaction to Ellie on a daily basis. She’s not perfect, but she’s definatley worth a “Wow,” and here’s another reason why:

Today I got a call from the Principal of her school. Ellie is in sixth grade in an elementary school that is K-6. The principal informed me that she was calling because Ellie received a “positive referal.” She explained:

“Today at recess a teacher saw Elizabeth help another student. A fourth grade student shared that he thought it was cold outside. An older boy, a sixth grader, started to make fun of him. Ellie stepped in and defended the younger student and helped him. Later in the day, I was in Ellie’s class room and she noticed that another boy seemed to not be doing well. She made sure to share with me that he was having a rough day, and I was able to go to him to help him.”

She went on, “Elizabeth showed great empathy to help her classmate, and outstanding courage and leadership to defed the younger boy. You are raising a wonderful young woman.” Then she gave the phone to Ellie.

It took me a moment to be able to speak to her.

Then I heard her whisper to her principal, “He’s crying. It’s okay.” 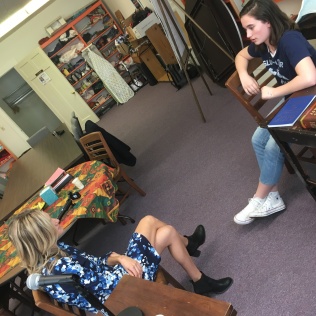 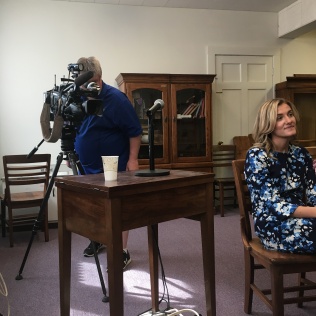